The Tax Samaritan country guide to Ireland Expat Tax advice is intended to provide a general review of the tax environment of Ireland and how that will impact your U.S. expatriate tax return as a U.S. Expat in Ireland.

As a U.S. taxpayer, all worldwide income is subject to taxation and reporting and for most expatriates you are required to file a U.S. tax return on an annual basis due on April 15 each year (June 15 if you are residing overseas on the April 15 deadline). The tax treatment for different classes of income can vary greatly from Ireland and the U.S. For example, certain benefits may be tax free or excluded from taxable income in Ireland, but in the U.S. these benefits are likely to be non-qualified benefits that are subject to being included as taxable income in U.S. As such, there are a number of considerations related to Ireland Expat Tax and this brief article will address a few of those considerations.

US Expat Living In Ireland

The Emerald Isle, as it is sometimes referred to, is a popular retirement spot for American expats. More than 34 million Americans claim Irish ancestry so it is no surprise that many Americans are choosing to go back to their roots and settle in Ireland. The island’s landscape features medieval stone castles, lush rolling hills and quaint cobblestone-paved towns. Farms dotted with grazing livestock and wooden farmhouses line the countryside. If you are thinking of relocating to Ireland, here are 3 of the best places to live:

Guide to Expat Tax in Ireland

Who Is Liable For Income Taxes In Ireland

If you are an American living in Ireland, you must include income that is earned in Ireland and elsewhere in the world on your United States tax return every year. This includes income that is subject to tax in Ireland.

What Are Special Provisions That Help Protect American Citizens From Being Taxed Twice?
The amount of money that you pay in taxes to the United States might be lowered by deductions and credits that are from income that you earn in Ireland. Here are a few exclusions that can help reduce double taxation for expats living in Ireland.

Ireland taxes domiciled residents based on a remittance basis. This means that domiciled residents are taxed on earnings from Ireland as well as employment earned elsewhere but paid to Ireland. One benefit to expats is the fact that if you keep your main residence in the United States, rather than Ireland and retain investments outside of the Ireland, income earned from investments will only be subject to taxes in Ireland if you bring it into the country. This means that expats will not be subject to double taxation.

How Do I Know If I Am Considered to Be an Irish Tax Resident?
You are considered to be an Irish resident if you spend more than 182 days a year in the country or 280 days total in the last two tax years.

Tax Filing Payment Rules and Tax Withholding in Ireland
Similar to how most United States employers deduct taxes, expats that are employed in Ireland have their income tax automatically deducted from pay. Ireland has an advantage over the U.S. when it comes to filing returns. The deductions that are taken out of your paycheck are automatically adjusted and include all of the credits and tax rates that you are eligible to receive. That means that expats do not have to file a separate Irish tax return as everything is automatically taken out of your pay.

When you begin working in Ireland, you will fill out several forms to ensure that of the tax credits that you are eligible for are automatically applied. Although, if you have self-employment earnings in Ireland, you will be required to file an Irish tax return every year. Ireland’s due date for tax returns is Oct. 31st of each year. Whether your Ireland tax return is automatically filed or not, remember that you will still need to file a United States tax return by June 15th for each year.

Below is our Ireland Expat Tax advice for your US expat tax return:

A common but dangerous mistake is the assumption that if there are zero taxes owed with these tax benefits that a US tax return while living in Ireland does not need to be filed. That is not true. If you are working overseas, it is likely that you meet the filing requirements to file a tax return and must do so. It is important to note that these tax benefits, such as the foreign earned income exclusion and foreign tax credit are not applicable to the outcome of your tax liability and tax return until they are claimed on a filed tax return. So, be sure to file your US expat tax return!!!

When it comes to Ireland expat tax advice there are many tax items to consider, but the above are by far the most common tax benefits. With top-notch experienced and knowledgeable expat tax preparation from Tax Samaritan, you can be assured that you are paying the minimal amount of U.S. taxes that you are legally obligated for.

The U.S. does have a tax treaty with Ireland.

Please click on the link to the U.S. – Ireland Tax Treaty .

Another important tax deadline that frequently applies to Ireland Expat Tax is in regards to the disclosure of foreign assets on the FBAR (Foreign Bank Account Report – Form 114 – formerly known as TD F 90-22.1).

The FBAR filing deadline is April 15th. Unfortunately, requesting an extension on your individual return does not extend the FBAR due date – there is no extension available for the FBAR deadline. Any reports filed after this date are considered a delinquent FBAR. In addition, the FBAR is different than many other tax forms in that it must be received by the deadline date (and not postmarked by the deadline date).

The FBAR must be filed with the Treasury Department (it is not filed with your federal income tax return) whenever you meet the FBAR filing requirements, which in a nutshell is whenever a U.S. person has a financial interest in, or signature authority over a foreign financial account, including a bank account, brokerage account, mutual fund, trust or other type of foreign financial account (including an insurance policy with a cash value such as a whole life insurance policy) maintained with a financial institution, with an aggregate value of over $10,000 at any time during the calendar year based on the highest value of each foreign account during the tax year.

If you have bank accounts Bank of Ireland, Allied Irish Banks, Danske Bank, Ulster Bank or at another bank in Ireland or any other foreign country, you may meet the filing requirement to disclosure your foreign accounts on the FBAR. Please don’t hesitate to contact Tax Samaritan to learn more about your filing requirements.

Qualified Dividends In Ireland For Your Foreign Corporation or Investment

The United States has entered into agreements, called Totalization Agreements, with several nations for the purpose of avoiding double taxation of income with respect to social security taxes. These agreements must be taken into account when determining whether any alien is subject to the U.S. Social Security/Medicare tax, or whether any U.S. citizen or resident alien is subject to the social security taxes of a foreign country.

As of this time, Ireland has entered into a Totalization Agreement with the United States thus there is opportunity to avoid double taxation of social security income for Ireland Expat Tax.

Click here to read more on the US – Ireland Totalization Agreement .

Testimonial Of Clients Residing In Ireland

Our Clients Are Delighted With Our Tax Services

Read our tax preparation testimonials and BBB Rating and Reviews to see what our clients have to say about working with Tax Samaritan for their income tax preparation and tax problem resolution needs.

Our goal at Tax Samaritan is to provide the best counsel, advocacy and personal service for our Ireland Expat Tax. We are not only tax preparation and representation experts, but strive to become valued business partners to American expatriates in Ireland. Tax Samaritan is committed to understanding our client’s unique needs; every tax situation is different and requires a personal approach in providing realistic and effective solutions.

Click the button below to request a Tax Preparation Quote today to get started with the preparation of your return for your Ireland Expat Tax or to request a free 30-minute tax consultation.

Tax Samaritan is a team of Enrolled Agents with over 25 years of experience focusing on Ireland Expat Tax and throughout the world. We maintain this tax blog where all articles are written by Enrolled Agents. Our main objective is to educate US taxpayers on their tax responsibilities and the selection of a tax professional. Our articles are also designed to help taxpayers looking to self prepare, providing specific tips and pitfalls to avoid.

Randall Brody is an enrolled agent, licensed by the US Department of the Treasury to represent taxpayers before the IRS for audits, collections and appeals and experienced with Ireland Expat Tax. To attain the enrolled agent designation, candidates must demonstrate expertise in taxation, fulfill continuing education credits and adhere to a stringent code of ethics.

Every effort has been taken to provide the most accurate and honest analysis of the tax information provided in this blog. Please use your discretion before making any decisions based on the information provided. This blog is not intended to be a substitute for seeking professional Ireland Expat Tax advice based on your individual needs. 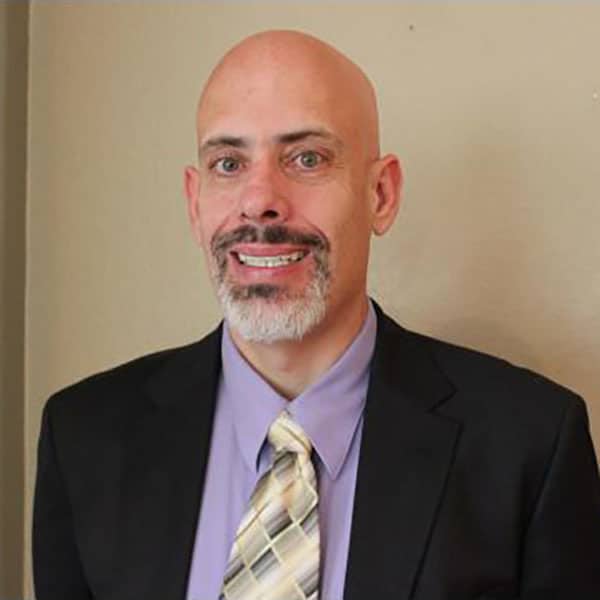